It may seem like physics is here to make your lives harder. However, one of our prime motivations in this class will be to see how physics actually makes things easier.

You'll hear a lot of different answers to the question: what is physics? You can decide for yourselves as we go through this course.

The goals of physics

A long time ago, the things people needed to predict might seem trivial to us now. For example, when the rainy season was going to come, when were the tides of the oceans the largest, how high of a tree can I fall out of without smashing my shinbones, essentially, basic survival. As we began to acquire the ability to modify our environment and create tools, then the things we needed to predict became somewhat more complicated: what angle should I fire this cannonball to make it hit that building over there, what shape should the tube on a pipe organ be to make it sound nice, how thick should the cables holding up a bridge platform be? Also, other questions regarding humans became interesting: does listening to Mozart as a baby make you smarter? If I smoke 40 cigarettes everyday, will that affect my future in any way? Are criminals born or made? Of course, some of these questions are currently understood, and predictable. Others are not at the moment. (and perhaps never will be)

Why is that the case? Why are some questions about the universe more tractable (solvable) than others? Some might say there are fundamental differences which make certain topics unpredictable. Others would say we just don't understand the universe well enough. Imagine a set of pool balls about to broken. If we knew exactly the velocity and position of every ball, and the cue ball, then we should be able to predict where they all end up after the break. Of course, this doesn't seem doable in real life. Tiny bumps in the surface of the table will change the direction of some balls. Defects in the surface of other balls will cause their collisions to be erratic. Maybe the wind from the ceiling fans will deflect some of them in weird ways. Yet, the burning intuition is that if we knew everyone one of these variables, then we could indeed predict the motion of all 16 balls after the break. (This is why no one likes playing pool with physicists.) So, in order to begin to figure this out, we would have to know how all the balls would move without the influence of these tiny variables. We then assume the table is perfectly flat. Likewise, let's assume that all the balls are perfect spheres. And that there is no wind in the pool hall. Now, we've simplified the situation enough to allow us to figure out how the perfect balls on a perfect table would move. Then, we can begin introducing more little bits, like the friction of the table, the dings in the balls, etc. This is the grand scheme of most of physics for that few centuries: take the system apart enough to let us model it, then add the other, 'real world', bits back in. And that's what this course will do.

Physics has become an enormous scientific discipline. This course will cover most of the things in the classical physics column.

How do we do this?

Some physicists work on theory. Others do experiments. While they have different approaches to things, they basically agree on a few major points.

We've all heard about the 'scientific method' since high school if not before. While discussions about what exactly this is can be quite lengthly, we can adopt a straightforward definition for this course. Essentially, the scientific method sets a course of action for learning about the natural world. Most scientists agree that for an idea to be a valid scientific theory, we should be able to perform an experiment that could disprove it. For example, if I had a theory that said that based on what I know about water molecules, water should boil at 130 degrees C, this theory could be disproven by performing an experiment: measuring the boiling of water. If we found that water didn't boil at 130 C, but at some other temperature, then I'd have to readjust my theory. This is the scientific method in a (very small) nutshell. If however, I had a theory that said that aliens exist because the universe is so big that they just have to, then that's not really a theory we can disprove (without exploring the entire the universe, which is not even remotely feasable).

Each of the scientific disciplines operate in slightly different ways. The basic mechanism of physics as a science involves the perpetual exchange between 'theory' and 'experiment'. Some of us physicists find that we are better doing physics with our hands. We become experimentalists. Others are more facile with math and pencils, and they become theorists. The two camps work together, but independently. A theorist might come to an experimentalist and say, look, here's what my theory about water says the freezing point should be. Can you test this out? The experimentalist does and reports back. Or, maybe, during the experiments with water, the experimentalist notices something else happening to the water, like if you leave it boiling for very long, it all disappears. She then goes back to the theorist, and asks, hey, look what happened when I left the water boiling all day - it disappeared. Maybe you can find a theory about water that would explain this. It's the constant back and forth that is really at the heart of modern physics research.

Here's Rob. He makes beer. These are some of the common (and uncommon) units used to describe volume. Every time you drink one his beers, you hope that he got his units correct!

Units are in a way a very cultural thing. In many cases, different cultures have adopted different units that they use to mark their measurements. Looking at the list above, if you're in the oil trading business, your unit of measure for volume would probably be the barrel. If you sell firewood to people, your unit of volume is the cord. Even though one of the goals of science is to transcend cultural differences, we have to still be very careful about units. Even amongst scientists, different groups have chosen different units to work in. This can be annoying at times, but, we know how to deal with it.

The most famous error involving units was the crash of a satellite intended for studying the climate on Mars. Standard and metric units got mixed up and hundreds of millions of dollars worth of scientific tools were burned up in the atmosphere.

The exact story is this: In 1998 the Mars Climate Orbiter was launched. Its mission was to fly to Mars, then enter orbit around the planet, and make measurements of the climate, atmosphere, and surface. The thrusters that directed the rocket were given instructions by several different software applications. One application produced the results of its calculations in the units of pound-seconds. Another calculation, which used the output of the first calculation as input, expected the input to be in Newton-seconds (the metric equivalent). These two units differ by a factor of about 4. So, upon approaching Mars, the spacecraft was about 4 times too close the surface. The atmosphere was much thicker closer to the surface, and the probe likely was destroyed due to stress associated with the heavier atmosphere.

Measure your left foot in Centimeters.

Find the average foot (in cm) for each of our 3 sections.

Dimension has a specific meaning – it denotes the physical nature of a quantity. Some quantity is either a length, or a time, or a mass, or some combination of these.

Dimensions are denoted with square brackets, for example:

To analyze the dimensions of this, we would write:

Notice how the dimensions of both sides match. [L]

We have to be able to convert between different units. For example, as you drive from the US in to Canada, the speed limit signs change from miles per hour (mph) into kilometers per hour (kph). In many of our physics problems, we'll use meters per second.

Convert 55 miles per hour into meters per second.

Take a guess as to which cube would represent the volume of Vaccine needed to give every New Yorker 2 doses.

How many liters of vaccine would NYC need to inoculate all 8 million residents, assuming each person receives two doses of 0.5 cc each.

How many gallons would this be?

An average household freezer is about 10 cubic feet in volume. How many freezers would be needed to store all this vaccine (assuming there was no space devoted to packaging)?

How do you know which units to use?

Use the context of the situation to guide you.

Also: who's your audience?

Case 1: The problem is given using a specific set: i.e. Imperial or SI. Then express your answer in whatever the problem variables are given in.

Case 2: If the problem wording involves several unit systems. Then, unless otherwise indicated, express your answer in SI units.

eg. It takes Margeret 2 days to travel 60 kilometers. What is her average speed? Well, it could be expressed as 30 kilometers per day. That's a distance over a time. But It would be better to express it in meters per second - the standard SI units for speed. (about 0.35 m/s)

Scientific Notation and the metric prefixes 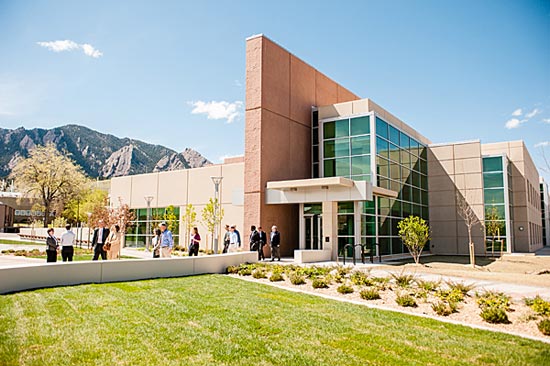 This is NIST: Precision Measurements Lab.

Measurement is an entire discipline within modern physics research. If you need to know how much larger water gets when it freezes, you would consult a table of data about water. Labs such as NIST might measure how much water expands when it freezes, so when you design an all weather piece of equipment, you would be able to account for that change. Or, how much resistance a piece of pure copper might have. However, they will only report their measurements to a certain accuracy. That accuracy is determined by the quality of the measuring tools, as well as the experimental design they use to make the measurement.

In lab, you will perform measurements and be responsible for keeping an eye on your measurement accuracy.

Physicists love doing this: estimate to within 1 power of ten of some quantity from the world. For example:

Other things to know: